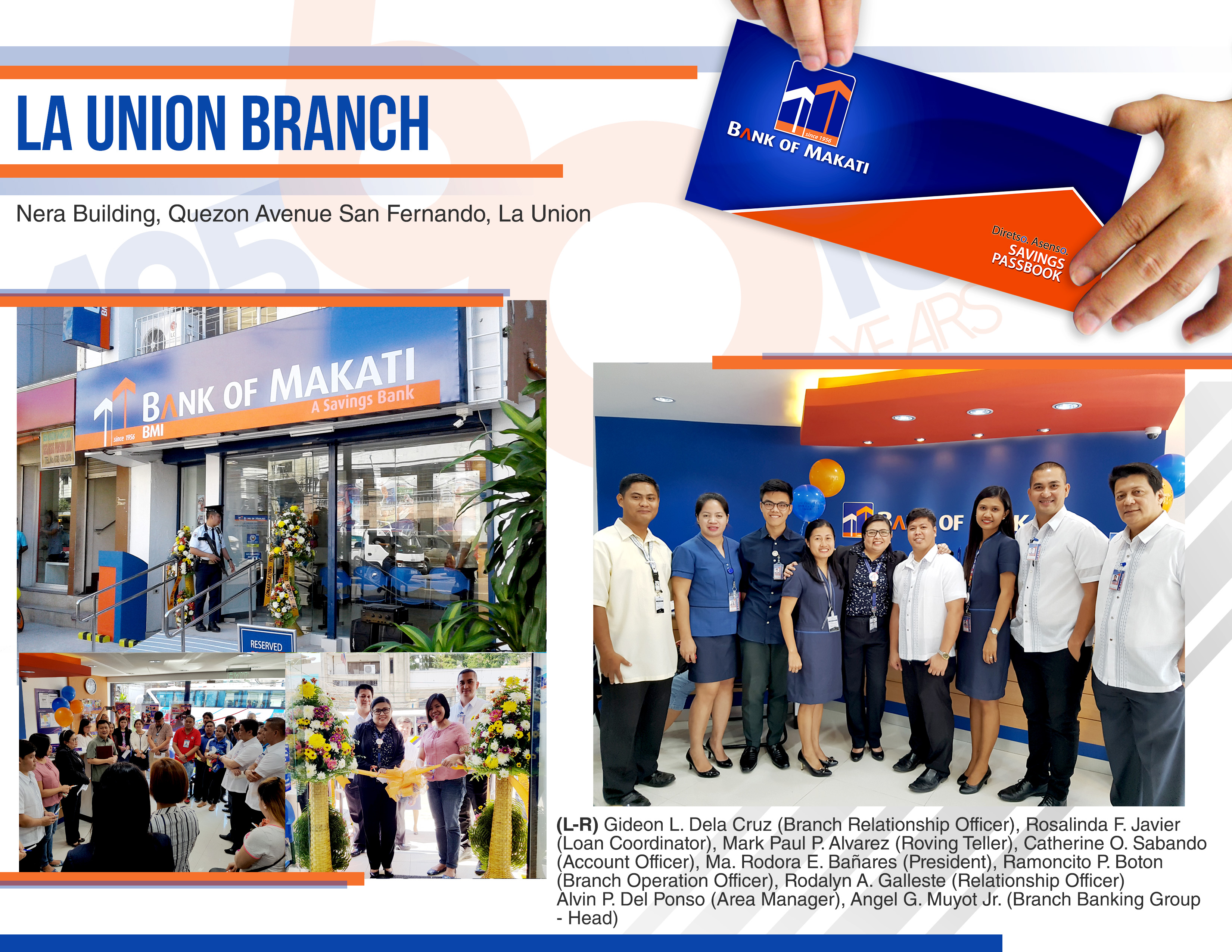 Bank of Makati continues to expand its reach with the inauguration of the La Union branch, its 57th nationwide.