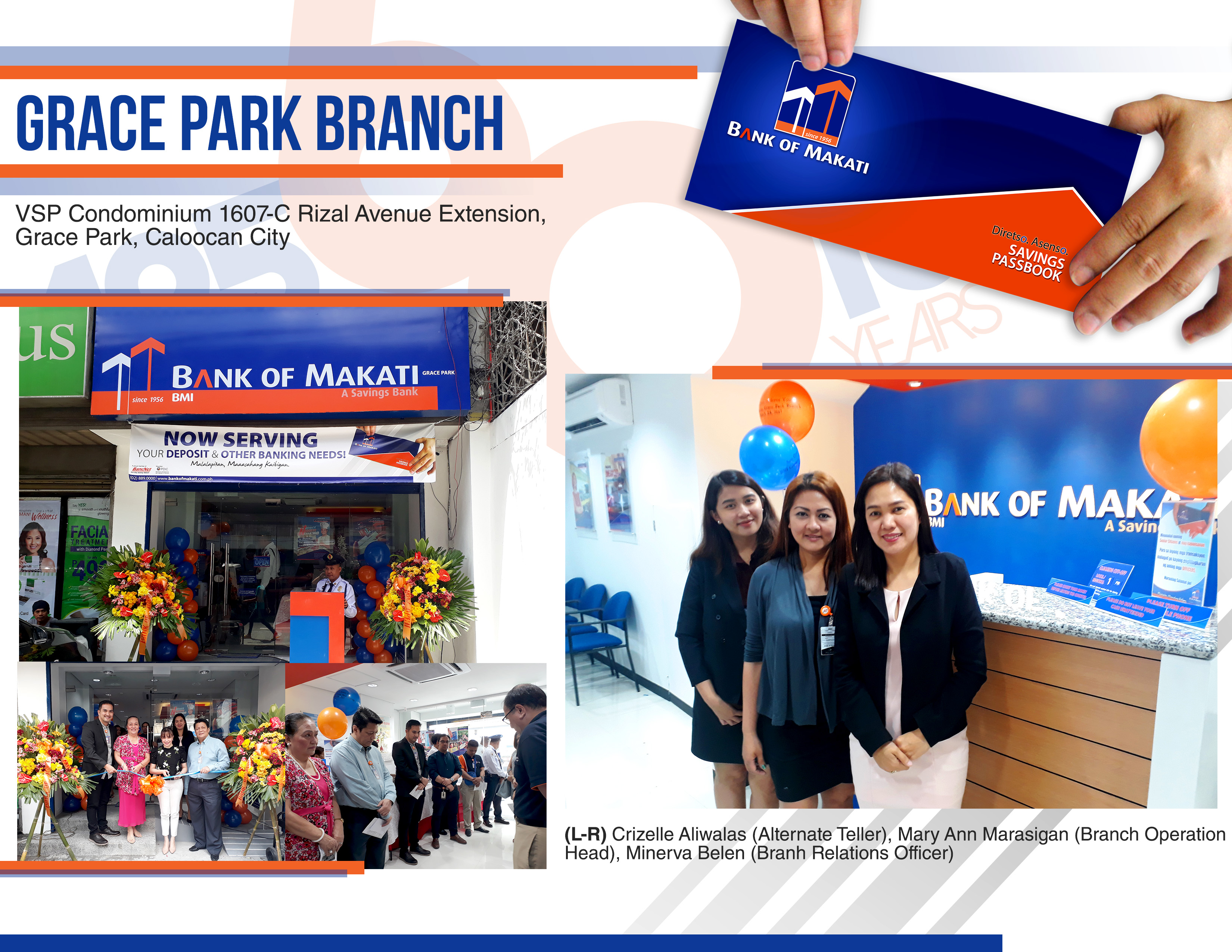 Bank of Makati recently launched its 62nd branch in Grace Park-Caloocan City, the second branch to be inaugurated this year.