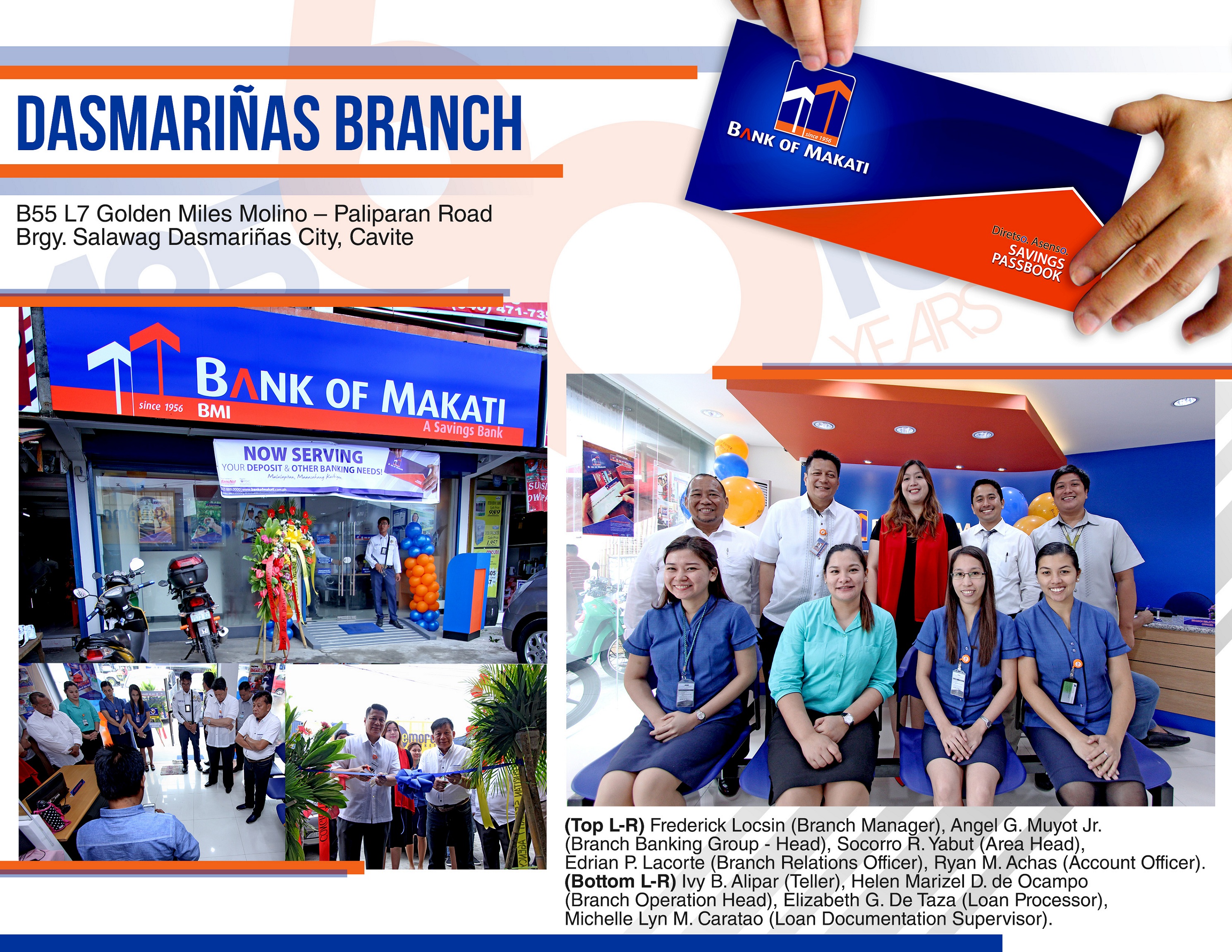 Bank of Makati recently opened its Dasmariñas, Cavite branch, it's 59th branch nationwide. The branch had a soft launch in December 28, 2016 and formal dedication rites in January 10, 2017.